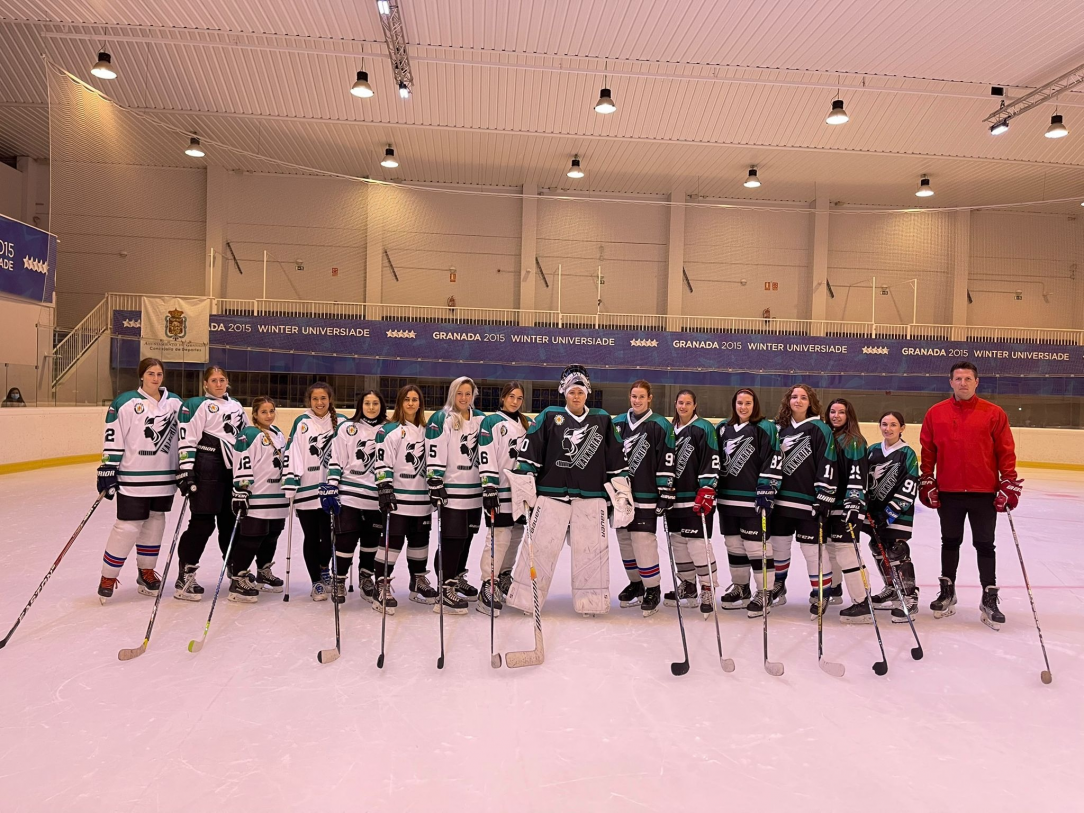 The saying goes, “Everyone loves a winner!”, and it is true.

In ice hockey, it is easy to love a winner. There is a thrill and joy in seeing a team perform as one syncopated unit: The beautiful choreography and movement both with the puck and away from the puck. The elegant skill, grace and power that the best players can exhibit on every shift. When it is played well, ice hockey is a romantic dance, not unlike what the Brazilians in football call “the beautiful game”.

This is a story of a different sort of winner.

It reflects my admiration for a group of women who work against all odds to build something meaningful and permanent for ice hockey in Granada, Spain. It is a tale of passion, commitment and sacrifice that is played out every weekend during the winter months. It is also a recounting of the meticulous care and preparation it took to re-form a team almost from scratch in order to build something for young females to express their love for the game in the future. 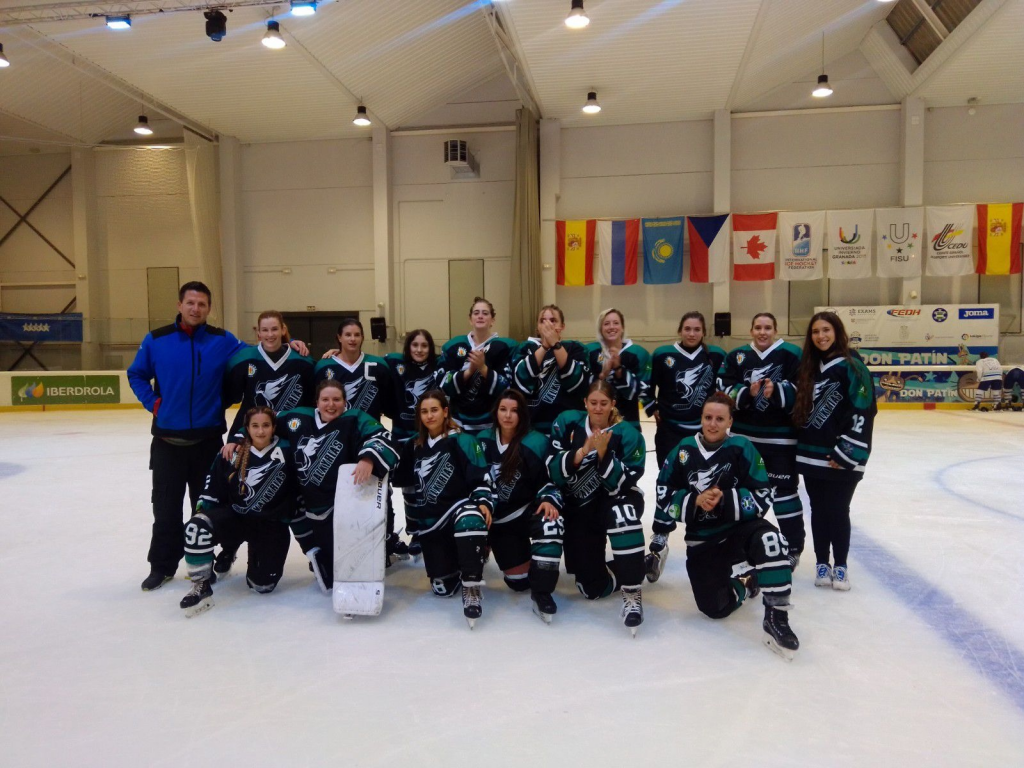 Granada is perhaps an unlikely setting for ice hockey. It is located in the usually temperate region of southern Spain called Andalusia. It is a beautiful city, nestled in the foothills of the white capped Sierra Nevada mountains and the Alboran Sea. Perhaps best known for the Moorish fortress, the Alhambra, and for its bustling university, Granada is a great mixture of old and new. It has seen many revivals and reiterations. So, the journey of the Granda Valkyris senior women’s team can be seen as just another story of renewal. But it is more than that.

Last summer as a result of the Covid pandemic, the rink that housed Granada’s women’s team in the National League of Spain, the Iberdrola Ice Hockey League, was unexpectedly sold and closed. It was one of only two year-round ice hockey facilities in Spain. It was later converted into a large general market and the women and girls of Granada were unceremoniously left without a rink, without sponsorship and a without charter to continue.

Some of the players and families began meeting through Zoom and formulating plans for a new team and a new independent organization. They approached the administration of the only other rink in Granada and were at first rebuffed. (there are only 8 or 9 ice hockey rinks in all of Spain!) Undeterred, the women forged ahead and created a logo, contracted for jerseys and equipment, paid for league fees, inscription, insurance coverage, organized a schedule and arranged for buses for weekend travel. This so impressed the administration of the downtown rink, that they agreed and supported the group and thus the Granada Valkyrias Alhambra was born. 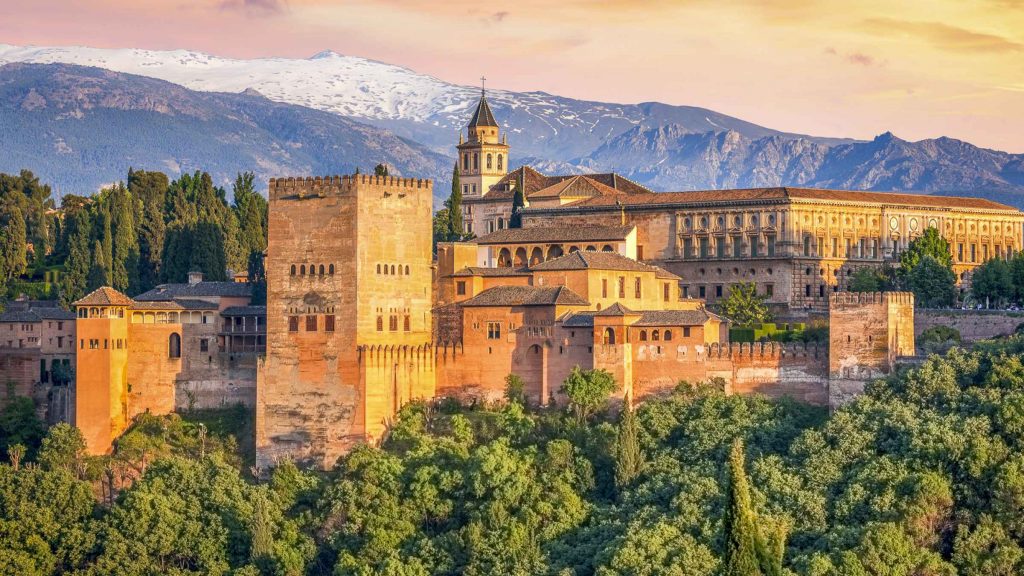 Now that this was in place, they needed a coach. Luckily, a former coach from the northern city of Jaca is residing now in Granada. Rafa Alegre was dubious at first but once he saw the level of commitment and passion of these determined women, he agreed to be their inaugural coach. Since their new rink is closed until October, they began by training off ice four days a week working on stick skills, shooting etc. while practicing on inline skates. And since the league began to play in September that means they had to arrange to practice in Madrid some four hours away from home and play the first month of the year entirely on the road.

In Hollywood, this sort of tale would end with the team steadily improving the game in and game out until reaching a crescendo and upsetting the league champions in the playoffs. But, this is not the “Mighty Ducks” or “Cool Runnings”. In their first league game, the Valkyrias lost to the defending champions 22-0. And in their next few games, they struggled to hold their opponents to less than double digits. But, recently they had one game where they were within 5 goals and another just 3. Progress is being made stride-by-stride.

This is what I admire most about them. Despite their lack of success on the scoreboard so far, the proud women of Granada dutifully go to practice, they commit to off-ice training, and they prepare for future success. They travel great distances in many cases with little hope of coming home victorious. But they love it because it is hockey and because they love being a team. Somehow this group of determined, independent young women has distilled the very essence of what this sport means and for that they should be praised and applauded. They are building a foundation for future hockey success while inspiring young girls to take up a sport that they might have otherwise never tried. They are winners! Perhaps one day they will hoist the The Queen’s Cup. My guess is that day will come sooner than anyone expects.

Harry Rosenholtz is the head coach of the Spanish Women’s National Team and Director of College Hockey Showcases (CHS).